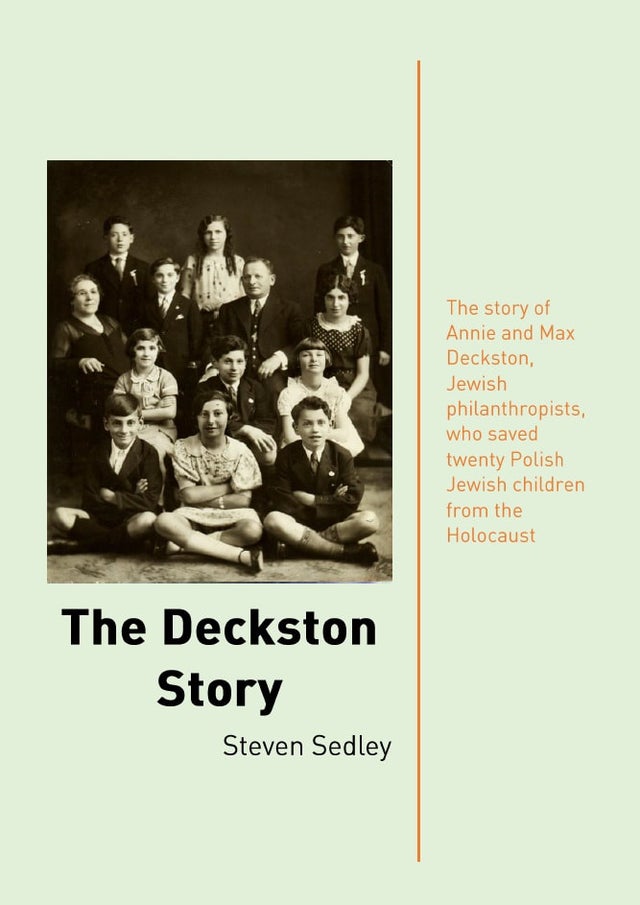 The story of Annie and Max Deckston, Jewish philanthropists, who saved twenty Polish Jewish children from the Holocaust. Annie and Max Deckston, originally from Russia, arrived in New Zealand in 1900. They farmed in the Hutt Valley for ten years, then moved to Wellington where they were engaged in a number of businesses, and property development. By the 1920s they had accumulated a considerable fortune, which enabled them to help their relatives move to Wellington. In the 1930s, the Deckstons brought out twenty Jewish orphans from Bialystok and set up a home for Jewish children in Berhampore, Wellington. The Deckstons saved these children from the fate of their families, most of whom were murdered in the Holocaust. When the children grew up and there was no longer a need for a childrens home, the estate of Max and Annie Deckston was used to fund a Jewish old age home in Naenae, Lower Hutt. When this home ceased catering for Jewish residents, the funds were used to support elderly Jewish people and to foster Jewish education. Many of the orphaned Deckston children later moved to Melbourne, but others stayed in New Zealand and became successful, assimilated New Zealanders.