The focus of Wellington’s Yom HaShoah observance on 1 May was the sad fate of Hungarian Jewry 75 years ago, when hundreds of thousands were deported to their death in Auschwitz-Birkenau between May and July 1944.

An audience of about 80, including diplomatic representatives from Israel, Germany, Italy, the Netherlands and USA, Tim McIndoe MP, and interfaith leaders, heard moving accounts from two survivors of the Nazi German aktion against Hungary’s Jews. Steven Sedley MNZM survived in a safe house within the Budapest Ghetto; being passed off as the child of a Christian nanny saved Mary Mowbray-Erdös.

The point was made, that as well as a day for mourning the deaths of six million, Yom HaShoah is also an occasion for remembering the heroism of the Jews who revolted, against all odds, against Nazi oppression – in the 1943 Warsaw Ghetto uprising, and at Treblinka and Sobibor, and even within Auschwitz.

The other face of heroism referred to during the Yom HaShoah service was that of the Righteous among the Nations. Specific examples in Hungary were given – the Papal Nuncio, Monsignor Rotta; the diplomats Carl Lutz (Switzerland) and Carlos Branquinho (Portugal); and Scottish orphanage matron Jane Haining. 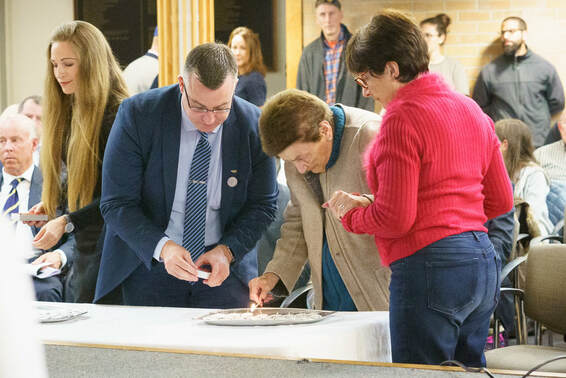