At the Public Trust Hall in Wellington the theme of this commemoration of the Holocaust was "Lost Communities". We heard the voices of North African, Greek and Italian Jews, whose voices and culture were almost eradicated by the Nazis and their collaborators.

Extracts of personal testimonies, written by victims of the Holocaust, were read, and prayers recited. Attendees also heard Unter Dayne Vayse Shtern (Under Your White Stars) sung beautifully, acapella, in Yiddish, by Matilda Wickbom - a poem written in the Vilna Ghetto by Avrom Sutzkever.

Holocaust Centre of New Zealand CEO Gillian Wess was a guest speaker at the Auckland Yom HaShoah commemoration, held by the Zionist Federation of New Zealand The theme was Liberation. Wess spoke about the double-edged nature of liberation: for survivors, the scars of the Shoah and the loss of entire families remain.

It was heartening to see so many people from many walks of life come together in collective memory at these special commemorations in remembrance and honour of Holocaust victims and survivors.

We carry the mantle for those whose names and voices shall not be left to the annals of history.
As stated in both venues, it is everyone's responsibility to witness, remember, educate, and act. 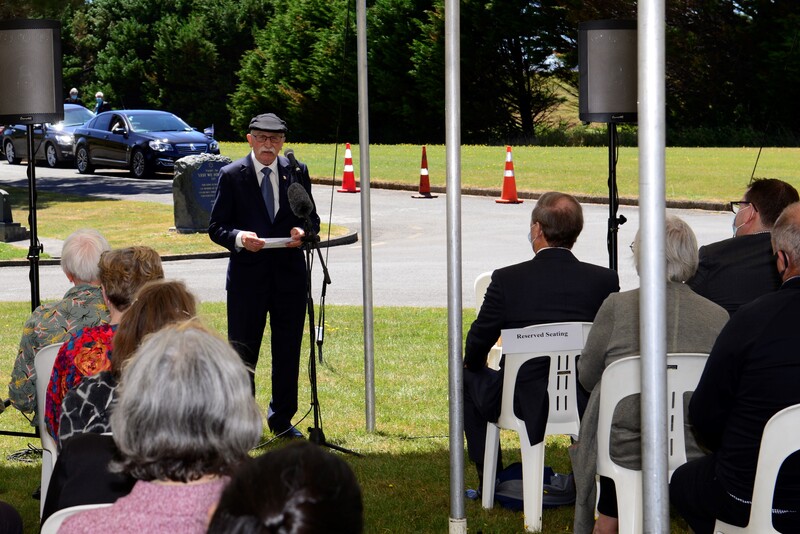 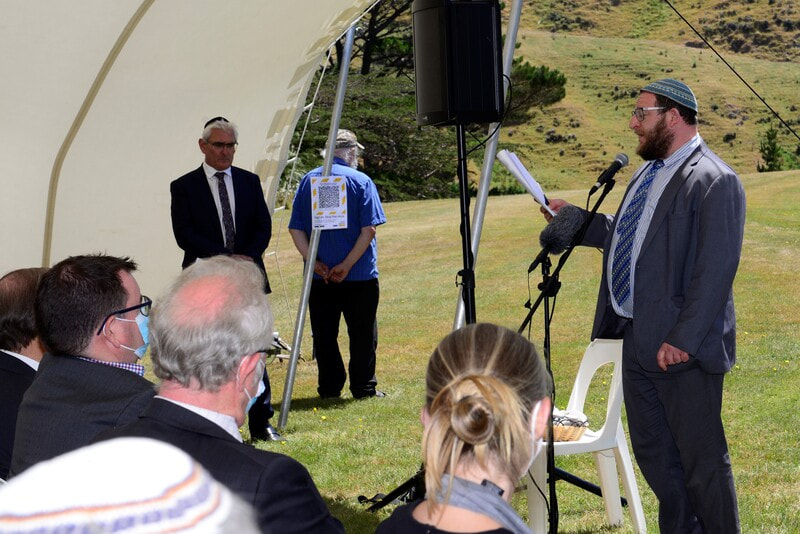 and  Canterbury Education Services,  and Council of Jewish Women
Kristallnacht Commemorative Concert - Postponed to November 2022
Unfortunately due to Covid restrictions, the Kristallnacht Concert can no longer proceed on 9 November. Although we are disappointed, rather than cancelling we are pleased to be able to postpone the concert to  November 2022.
We would like to thank all who have attended and supported the Kristallnacht Commemorative Concerts and we look forward to seeing you in 2022.
All tickets remain valid for the postponement date. However, if you would like a refund please contact events@holocaustcentre.org.nz to receive details on how to obtain your refund.
​About the concert:
​A tribute to "The Women's Orchestra of Auschwitz" tells the stories of the lives of three women through the evening’s concert programme.
Journeying from pre-war Europe through the horrors of the war, recounting the many roles music played in their lives – resistance, survival, resilience, and a means to battle racism, fascism and hatred.
The stories of the lives of Alma Rosé (violinist and conductor) and others will be shared through this unique concert, and Clare Galambos Winter’s violin will be played.

Presented by The Holocaust Centre of New Zealand, in partnership with New Zealand School of Music—Te Kōkī, Victoria University of Wellington.
Supported by The Public Trust Hall and building owners Maurice and Kaye Clark, The Adam Foundation and the Council of Jewish Women.​
Yom HaShoah, Thursday 8th April 2021
The Wellington Jewish community, members of the interfaith community, members of the diplomatic corp, local council and members of parliament came together to remember the six million Jews murdered in the Shoah at a very moving event in the Myers Hall. Thank you to all participants and guests for making this meaningful event very special.
​#WeRemember

​ January 27, 2021 marked the 76th anniversary of the liberation of Auschwitz-Birkenau. In Aotearoa New Zealand , one of few countries in a Covid-ravaged world still able to have large gatherings, hundreds came together across the country to remember the 6 million Jews who were murdered in the Holocaust, and the many millions of other innocent victims killed by the Nazi war machine, as well as to honour the survivors who made their way to New Zealand and contributed to the fabric of our society - the theme for this year’s UN International Holocaust Remembrance Day commemorations in New Zealand being “We are still here”.
In attendance were Holocaust survivors and their descendants, the Governor-General the Rt Hon Dame Patsy Reddy, Deputy Prime Minister Hon Grant Robertson, Chief Human Rights Commissioner Paul Hunt, Race Relations Commissioner Meng Foon, Robyn Baker Chair of the NZ National Commission for UNESCO, leaders, and members of the Jewish and interfaith communities, representatives of the diplomatic corps, Members of Parliament, and ex MPs, Mayors and City councillors. 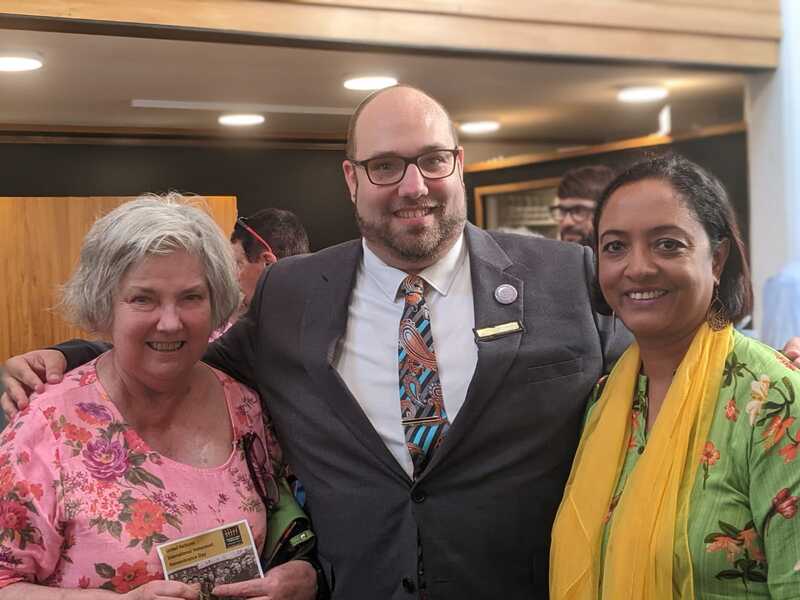 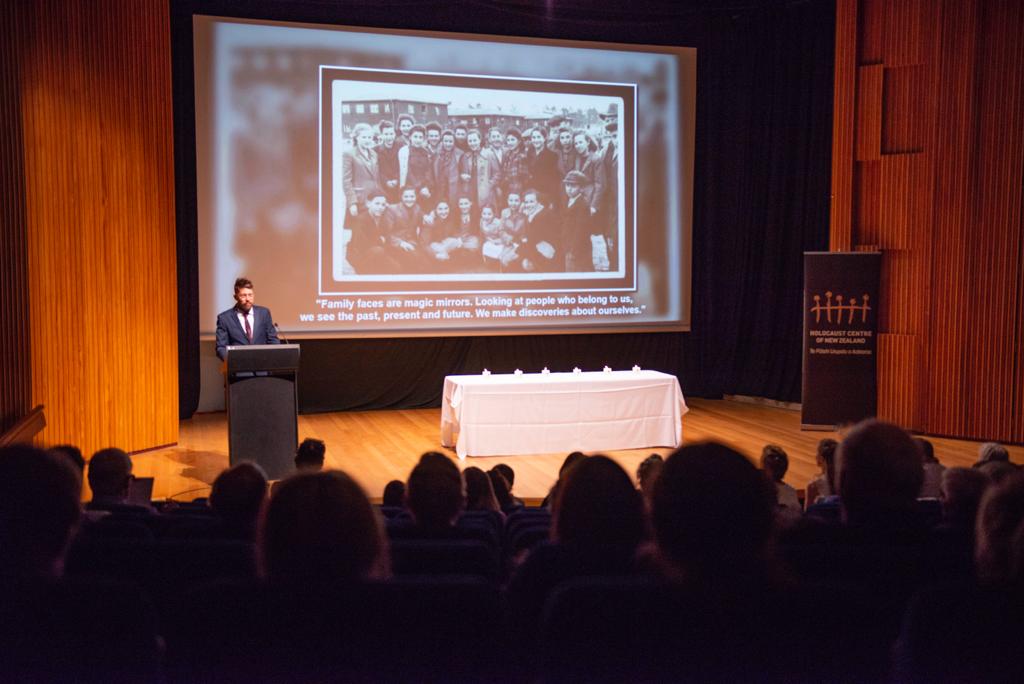 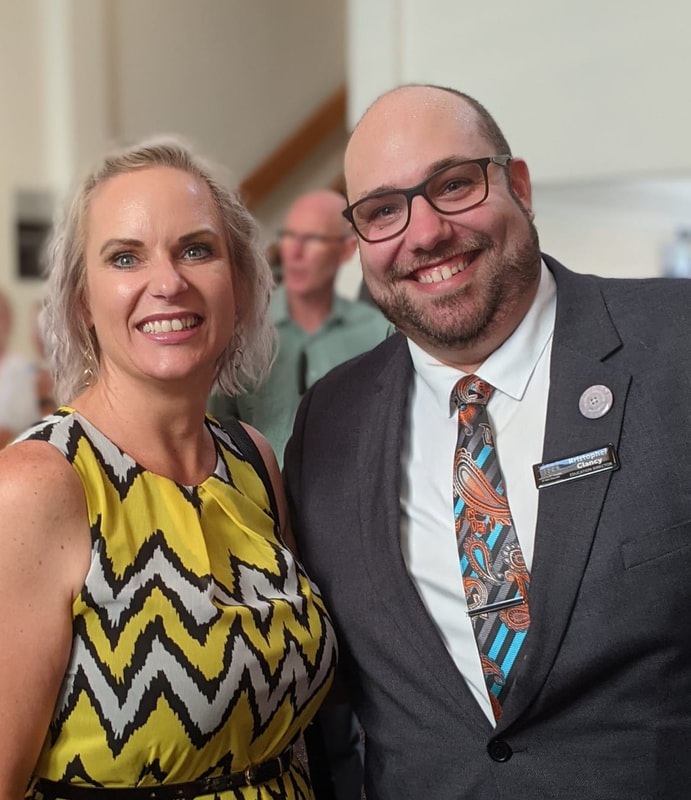