By Ann Beaglehole
This essay looks at the NZ Government’s response to Jewish refugees fleeing Nazi-dominated Europe in the years prior to World War II and to Holocaust survivors in the years immediately following the end of the war.

In the 1930s/1940s, New Zealand preferred British settlers and placed strict controls on the immigration of racial minorities. The small number of Jewish refugees allowed into New Zealand (before and after the war) encountered prejudice and suspicion of cultural differences.
READ MORE

By Ann Beaglehole
Several men interned in New Zealand during World War II were Jewish, part-Jewish or had a Jewish background.

This essay focuses on these internees, who had come to New Zealand before the war as refugees from Germany and Austria, fleeing Nazism. For 3-4 years during the war they (and other anti-fascist refugees) were imprisoned with German nationals, including some fervent Nazis. At camps set up on Somes Island in Wellington Harbour and at Pahiatua in the North Island, Jewish internees were locked up and guarded “lest [they] escaped to help their mortal enemies”.
READ MORE

Annie and Max Deckston (originally from Belarus), came to New Zealand via London in 1900.

Initially farmers in the lower North Island, the Deckstons moved to Wellington when farm life became too onerous. They acquired a number of businesses and properties - and 20 years after first arriving in New Zealand they had accumulated enough wealth to help others.

As Annie and Max were childless, they decided to set up an orphanage for Jewish children. The Deckstons brought 20 orphans to New Zealand (including, amongst them, relatives from Bialystok, Poland) – the first 8 in 1935 and a further 12 in 1937. They accommodated them in a large property in Wellington and raised them in a Jewish environment.

The children who came to the Deckston Orphanage all survived. Some assimilated fully into New Zealand life, while others moved to Australia (where there was a large Jewish community from Bialystok).

Kindertransport was the unofficial name given to the rescue of between 9 and 10,000 mostly Jewish children brought from Europe between 1938 and 1940. While most went to Great Britain, small groups were also sent to Sweden, Holland and Belgium, and around 1,400 were transported to the USA. These children survived due to the Kindertransport and some found a new life of freedom in New Zealand.

Here are 13 of these stories, compiled by Claire Bruell, from over 90 oral history recordings with Holocaust survivors in New Zealand (mainly Auckland) and contributions from their families.

Despite their stolen childhoods, the children lived fulfilling lives after the war, studying, marrying and having families of their own. The majority of these 13 children who remained in New Zealand lived their adult lives as contributing individuals to New Zealand society. 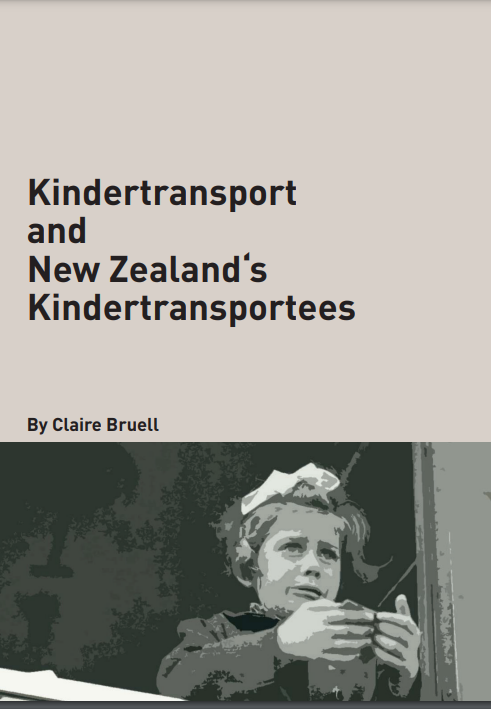