B.  TANGENTIAL HOLOCAUST FILMS
(not expressly focused on the genocide of European Jews by the  Nazis, but touch on the plight of Jews during World WarII): 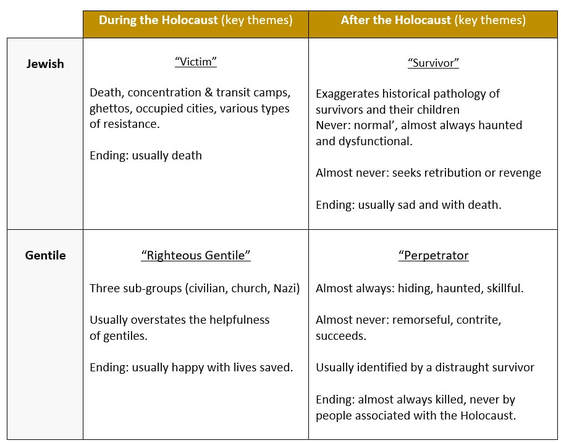 Professor Brownstein’s list of the most important Holocaust dramatic films is a valuable tool for students of the Holocaust and culture/society:

Auschwitz: The Nazis and the Final Solution, BBC, written by Laurence Rees, containing new research and perspectives on the Holocaust. Combines rare footage with illustrations and dramatic reconstructions.

Nazis – A Warning from History, Ian Kershaw, BBC’ documentary on the rise and fall of the Third Reich. Kershaw focuses on ordinary German’s and Europeans as collaborators and bystanders

Nicholas Winton – The Power of Good’; the award-winning story of the courage and determination of one man who saved 669 children from the Nazis.
© 2018 All rights reserved Holocaust Centre of New Zealand | Website by WebXperts Ltd