The Holocaust Centre of New Zealand was established in 2007 to remember and honour those killed in the Holocaust - in particular, the families of survivors in New Zealand.

Founded by a small group of Holocaust survivors, children of survivors and refugees, their purpose was inspired by Hanka and George Pressburg, the pioneers of Holocaust education in New Zealand.

That inspiration was made a reality by a dedicated committee, coordinated by Steven Sedley MNZM, a Wellington-based Holocaust Survivor from the Budapest Ghetto.
Hanka and George originally created a small display of Holocaust artefacts, and talked to groups of students and visitors about Hanka's personal experiences surviving Theresienstadt, Auschwitz and forced labour in Hamburg.

The Centre was officially opened by the Governor General of New Zealand (Hon. Sir Anand Satyanand) on 15 April, 2007.
In his speech, the Governor-General  noted: “The Centre will enhance the New Zealand understanding of the Holocaust”.

Indeed, the focus of the Centre has always been the Holocaust and the connection to New Zealand, especially the Survivors who have contributed richly to New Zealand’s cultural and business landscape.

The Centre’s displays and educational material recount the experiences of Holocaust survivors who found refuge in New Zealand and include:
​​
From the beginning, Holocaust education has been the Centre’s central focus. Every year, hundreds of students visit from around the country - many study an aspect of the Holocaust within the context of the New  Zealand school curriculum, while teachers are provided with the tools to teach this vast and often challenging subject.

In 2012, the name ‘Holocaust Centre of New Zealand’ was formally adopted, to reflect the Centre’s national reach as the only institution within the country devoted to Holocaust education.
The Centre also moved to larger premises, opening on Yom HaShoah, 19th April 2012 by the Chief Human Rights Commissioner David Rutherford, enabling more expansive displays and the ability to accommodate 30 plus students.
With constantly expanding activities, a full time Operations Manager, Education Director and Chief Executive Officer were appointed.

To enable New Zealand educators to gain a deeper understanding of the Holocaust and to enhance their skills in teaching the subject, the Centre established a program in 2013, in conjunction with Yad Vashem, the renowned Holocaust museum and research centre based in Jerusalem. Every two years, the Centre sends approximately 25 New Zealand teachers to Yad Vashem, to attend an intensive course in Holocaust studies.
Commemoration is also an important role for the Centre;
​What started from small beginnings is now an occasion that attracts eminent politicians, diplomats, church and civic dignitaries and large numbers of the general public, with support from the New Zealand National Commission for UNESCO, local councils, Jewish organisations and congregations, and the  New Zealand Human Rights Commission.

Over the years, the Holocaust Centre has become an integral feature of the nation’s capital and wider New Zealand museum, tourist and cultural landscape. Its activities and public profile is ever increasing. In the next phase of the Centre’s growth, investment in digital and social media education and engagement will be a focus.

What started as a project by a small number of volunteers, Holocaust survivors and their children, more than a decade ago, has evolved into a successful, vibrant organisation.
Images from 15 April 2007 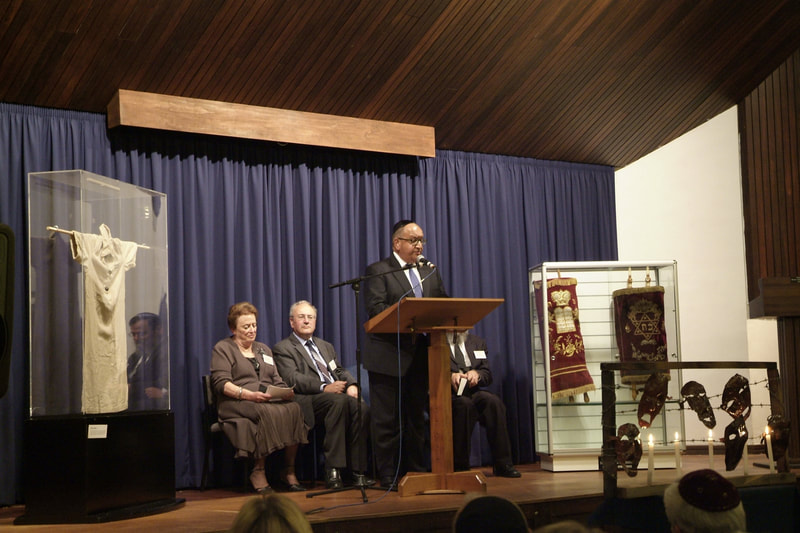 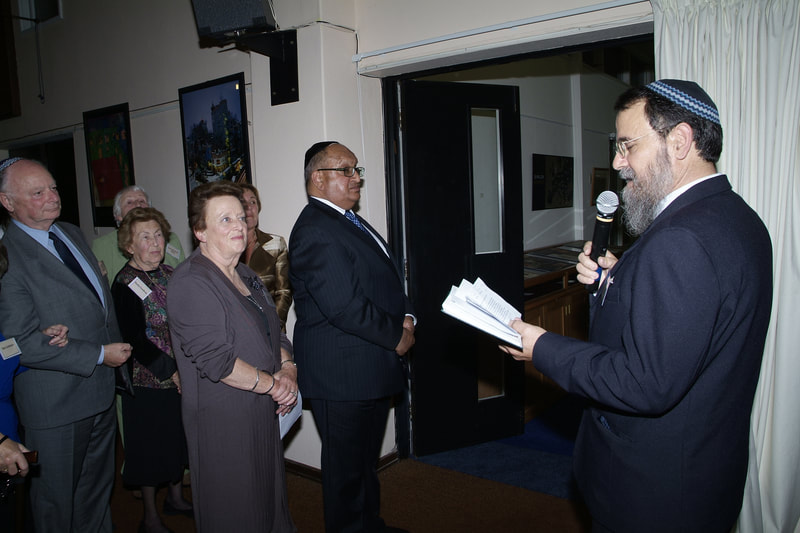 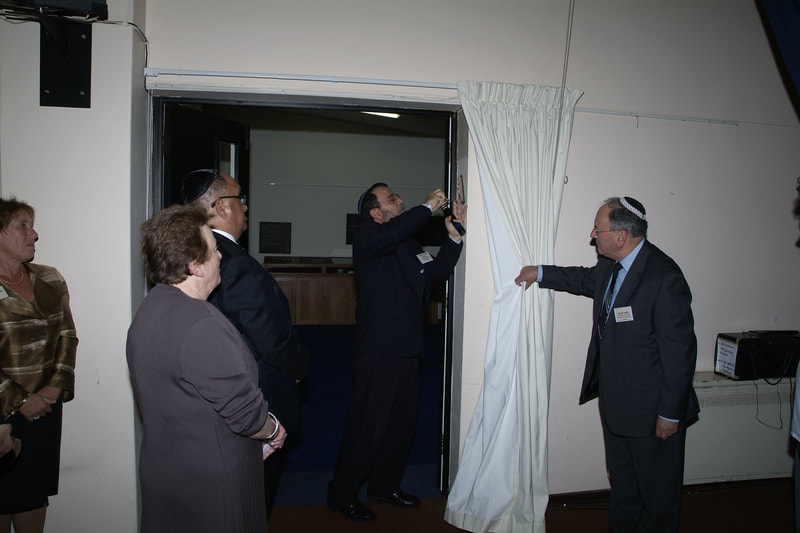 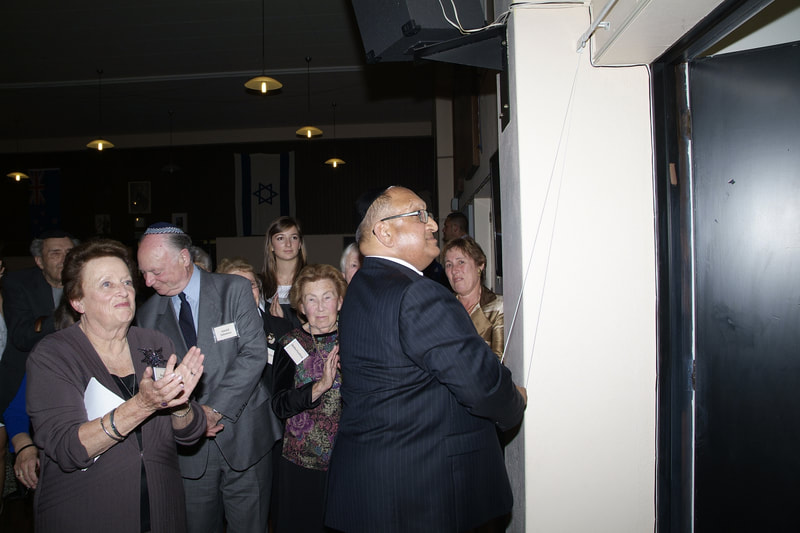 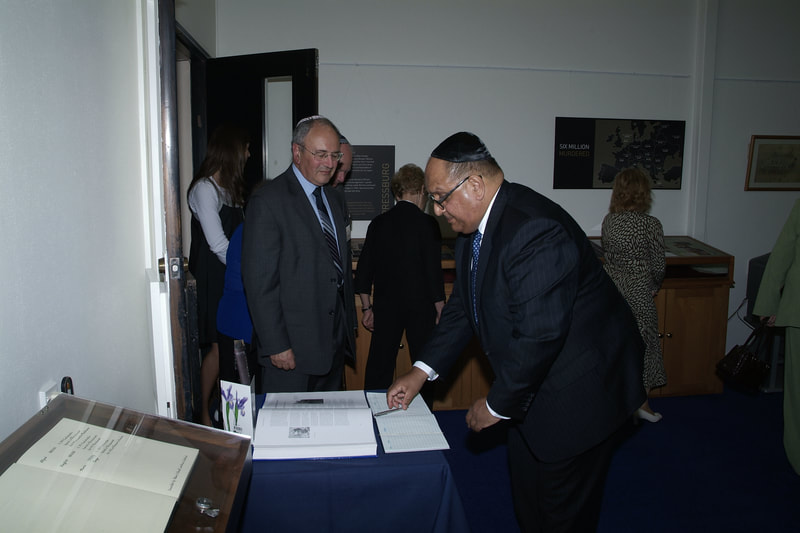 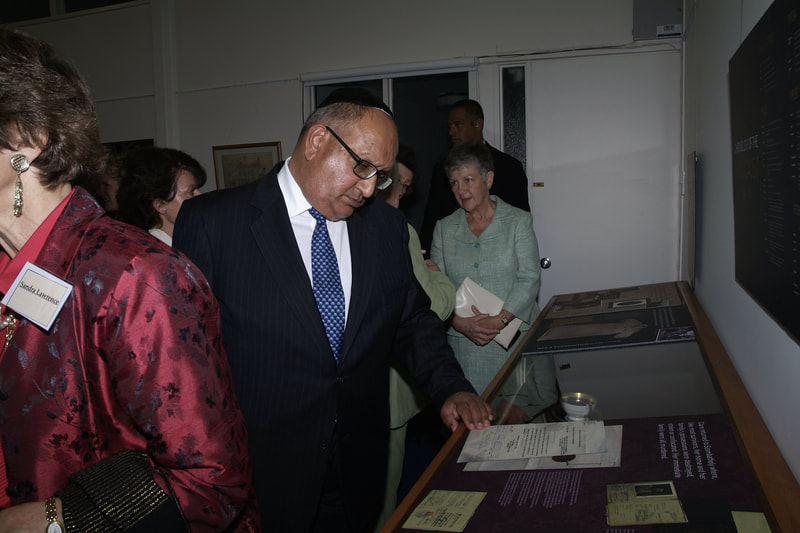 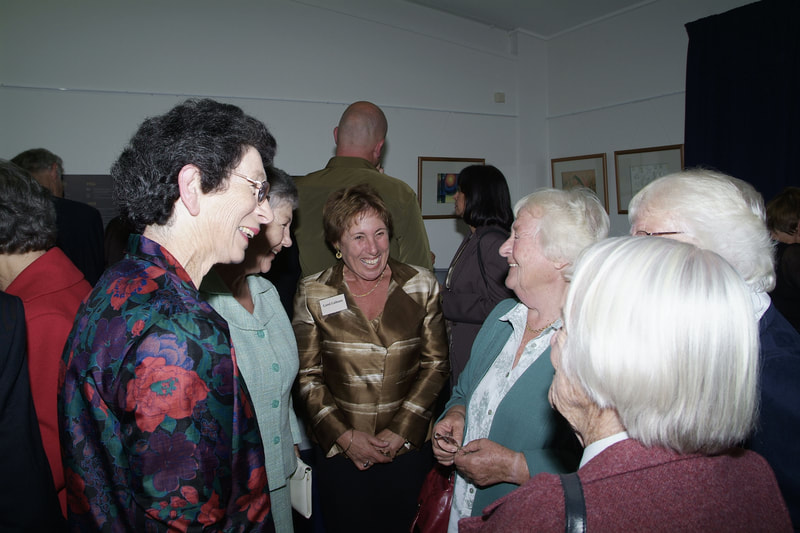 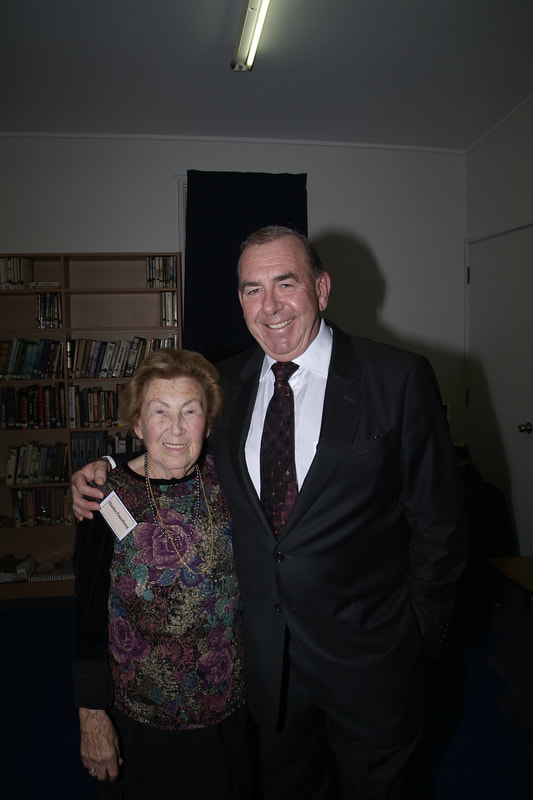 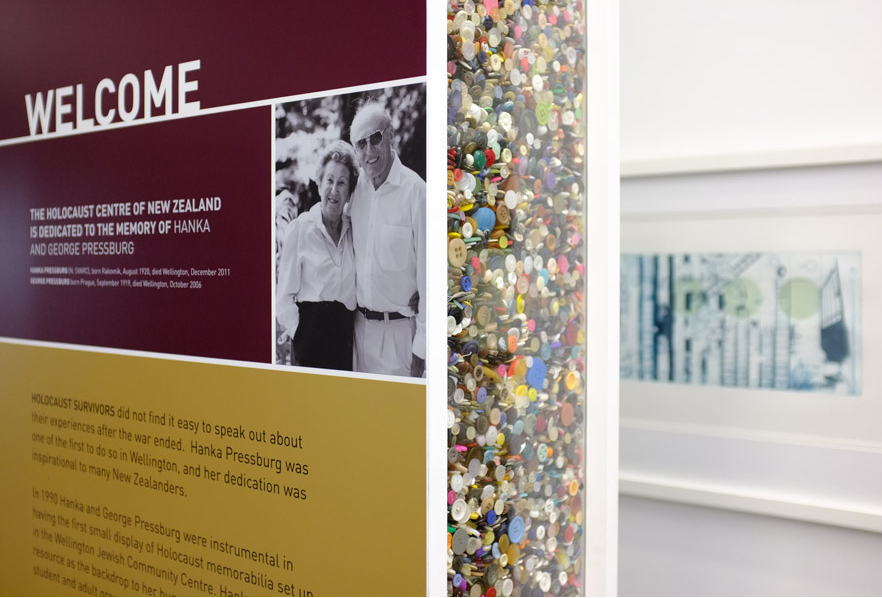 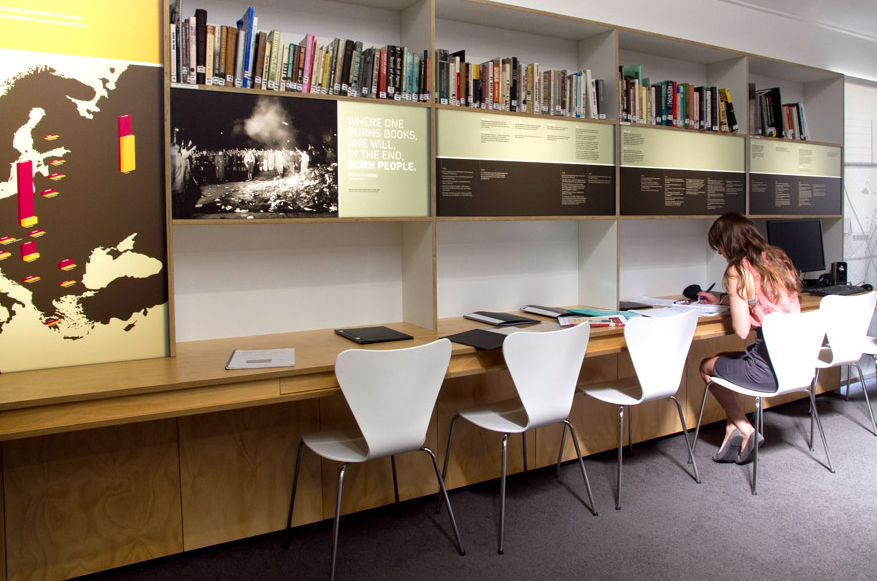 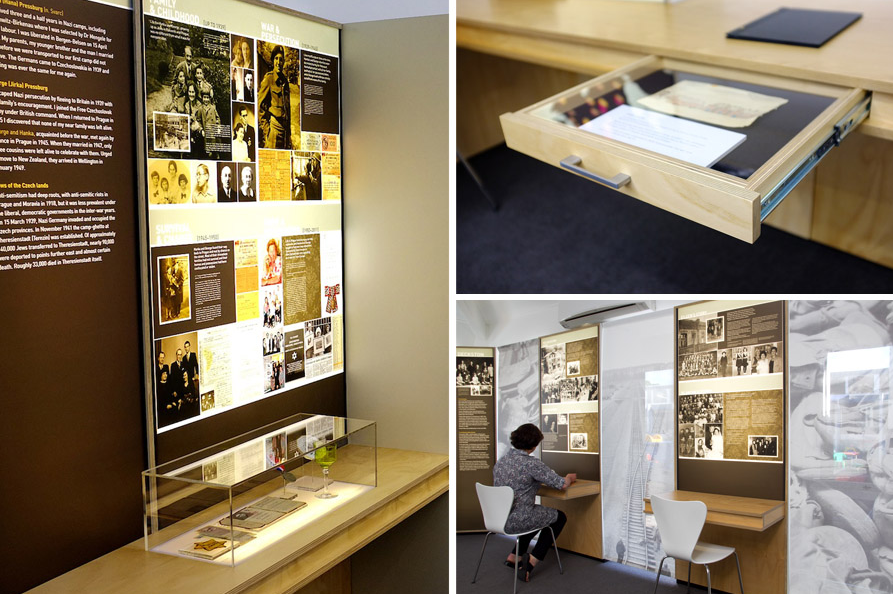 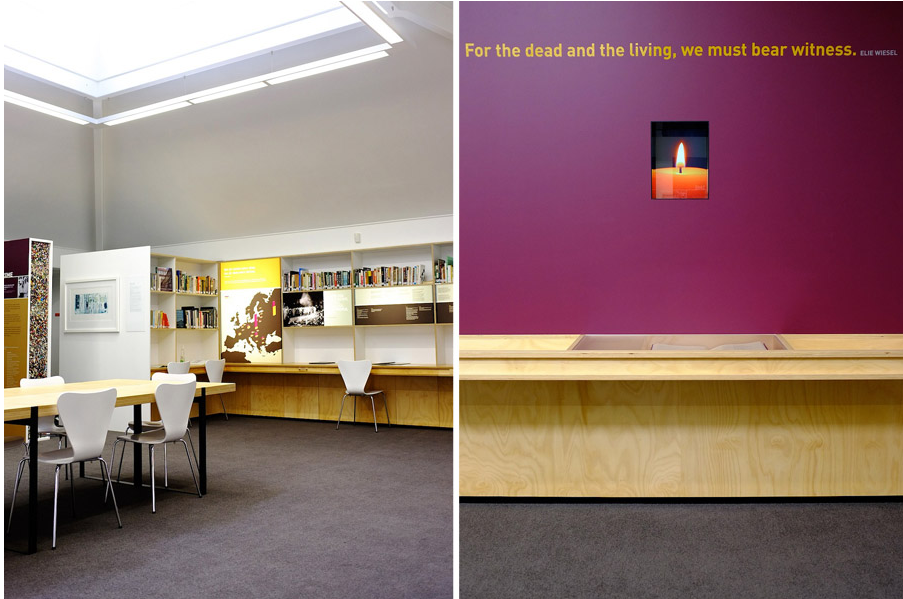