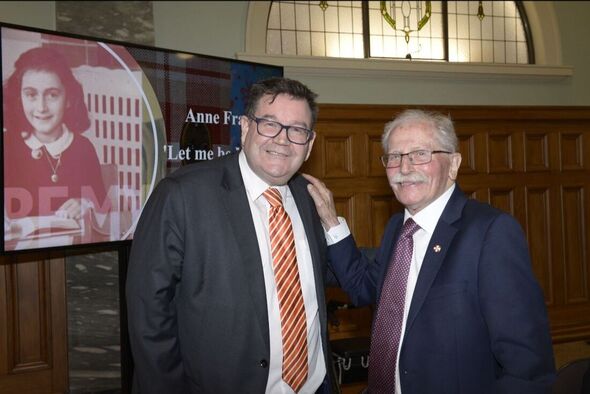 A dinner was hosted by Hon. Grant Robertson, Deputy Prime Minister at Parliament on 30 November 202 to recognise and celebrate Boyd Klap's significant 13-year contribution to Anne Frank NZ, and his passing of the management baton to the Holocaust Centre of New Zealand, and to sincerely thank Boyd and the sponsors and supporters of the "Let Me Be Myself" exhibition over this time.

It was a memorable evening reflecting the long and successful journey of the exhibition in Aotearoa New Zealand and the importance of sustaining "Let Me Be Myself" at the heart of our Holocaust education programme well into the future.​ 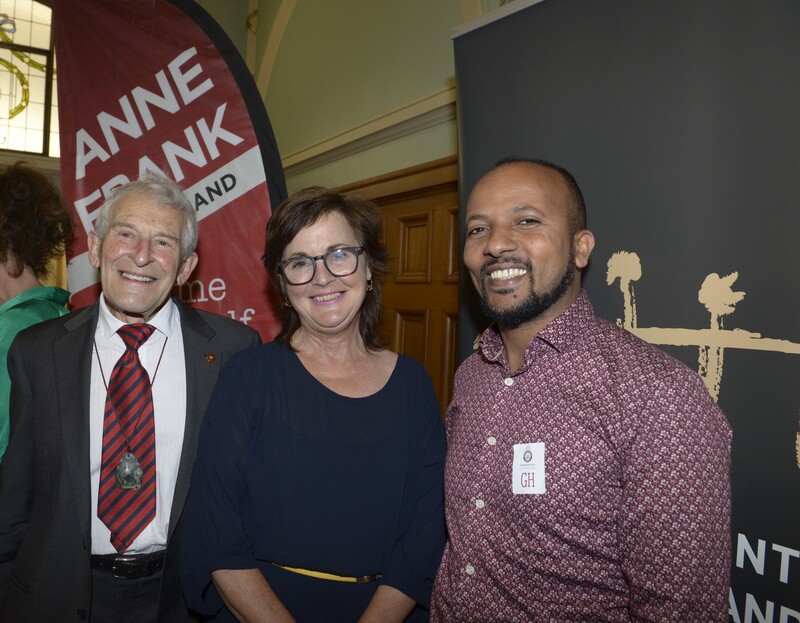 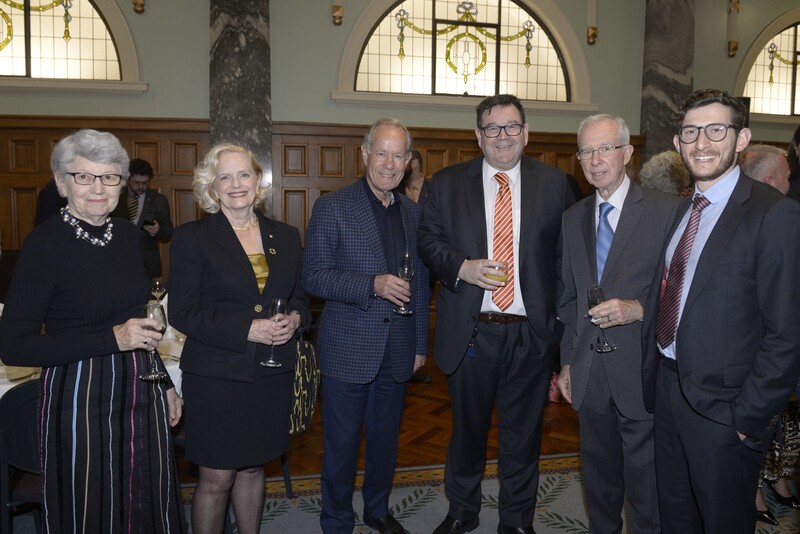 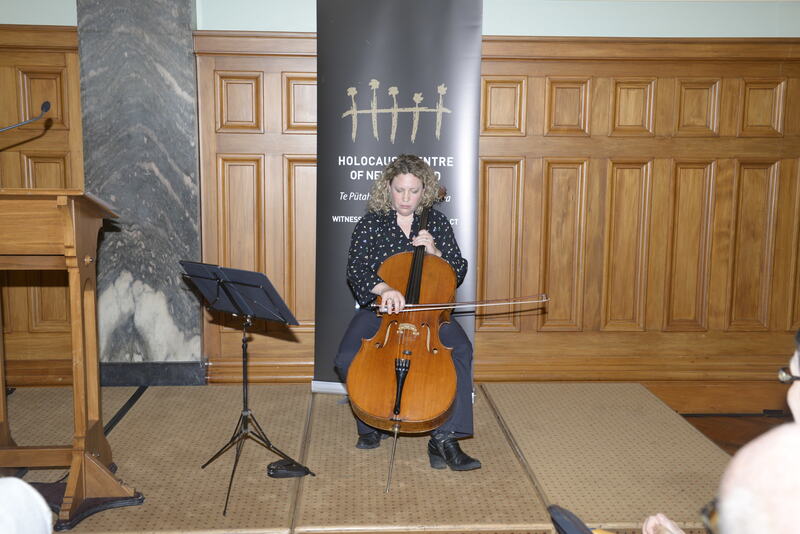 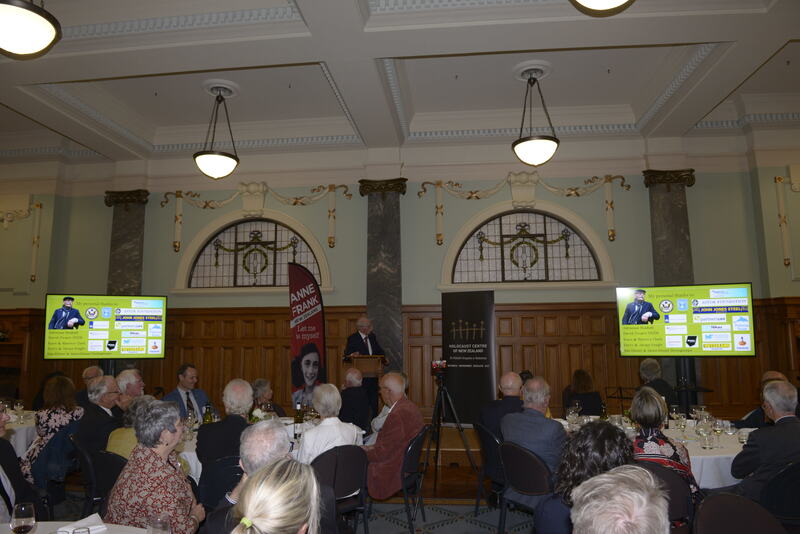 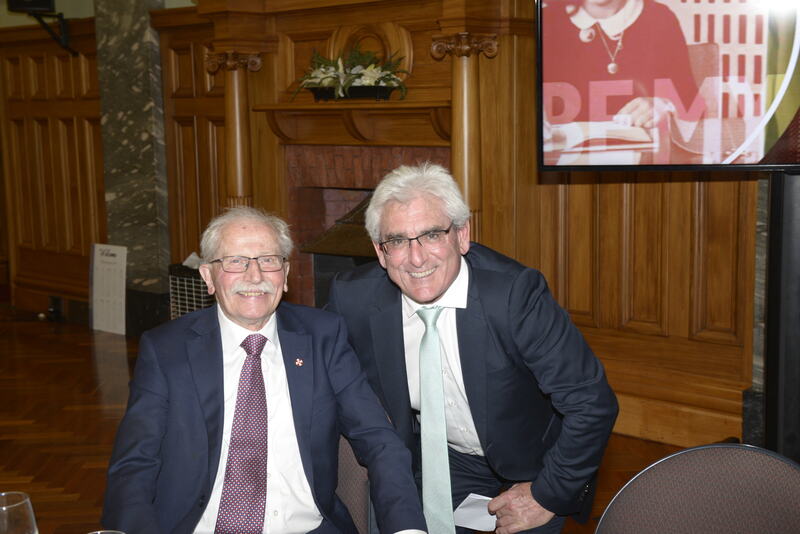 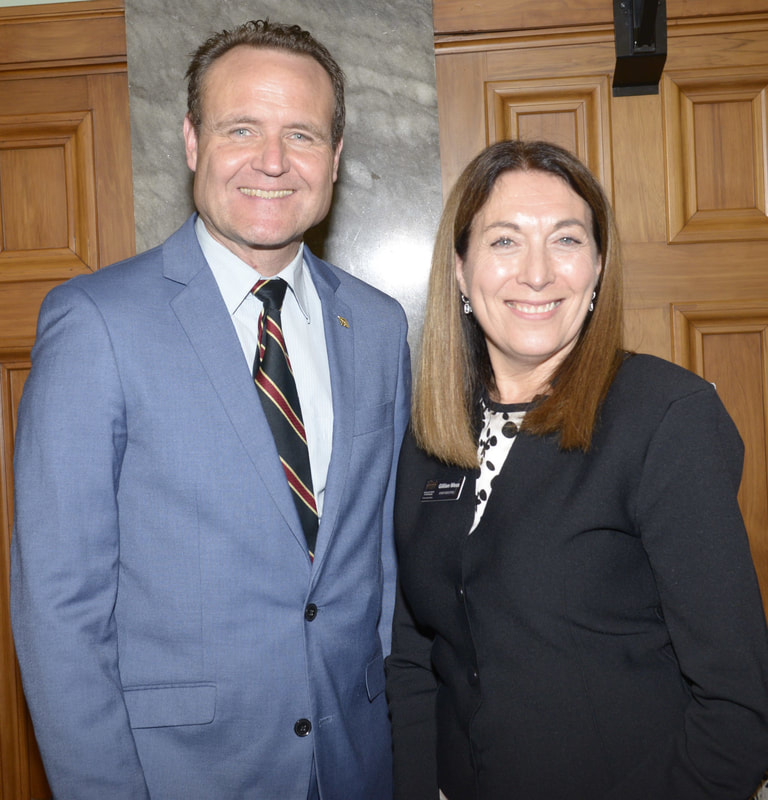 ​​On a cold, windy Wellington day about 200 people gathered in a park – a former quarry – to see the Deputy Prime Minister unveil a challenging new Anne Frank memorial. The creation of university design lecturer Matthijs Siljee consists of three chairs – two facing each other, the third facing away, excluded.

Wording on the chairs and plaque, in te reo Māori and English, explains how depicting prejudice and exclusion links to Anne Frank and the Holocaust. Siljee spoke of the frightening speed with which Anne Frank was overtaken by Nazi Germany’s genocide of the Jews: “Within 15 years she was born into democracy and died in barbarity.”
He also commented that, as the chairs are made of not only steel, but a tough recycled plastic, “You have all contributed by handing in your soft plastic bags.”

Unveiling the memorial, Deputy PM Grant Robertson told the audience that the Holocaust was the worst example in our times of discrimination and hatred. “Yet we see examples of that around us every single day. So every single day it’s our job to call that out, to say it’s unacceptable. We have to stand up for the values that Anne Frank wrote about – a world of hope, courage, respect and inclusion.”
To read the full article and for more photos go to NEWS 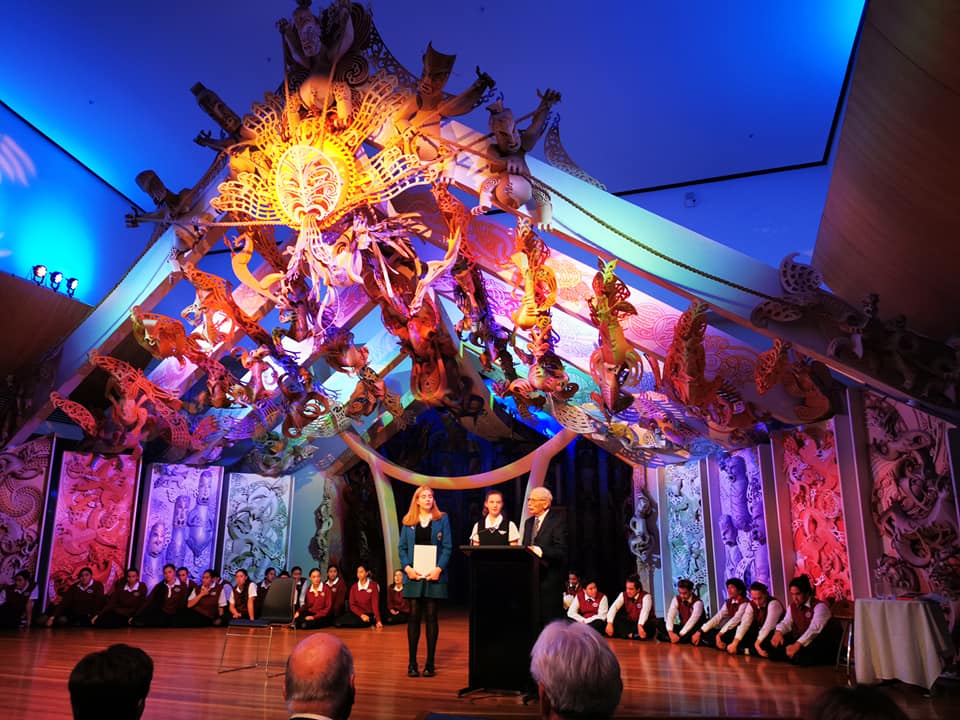 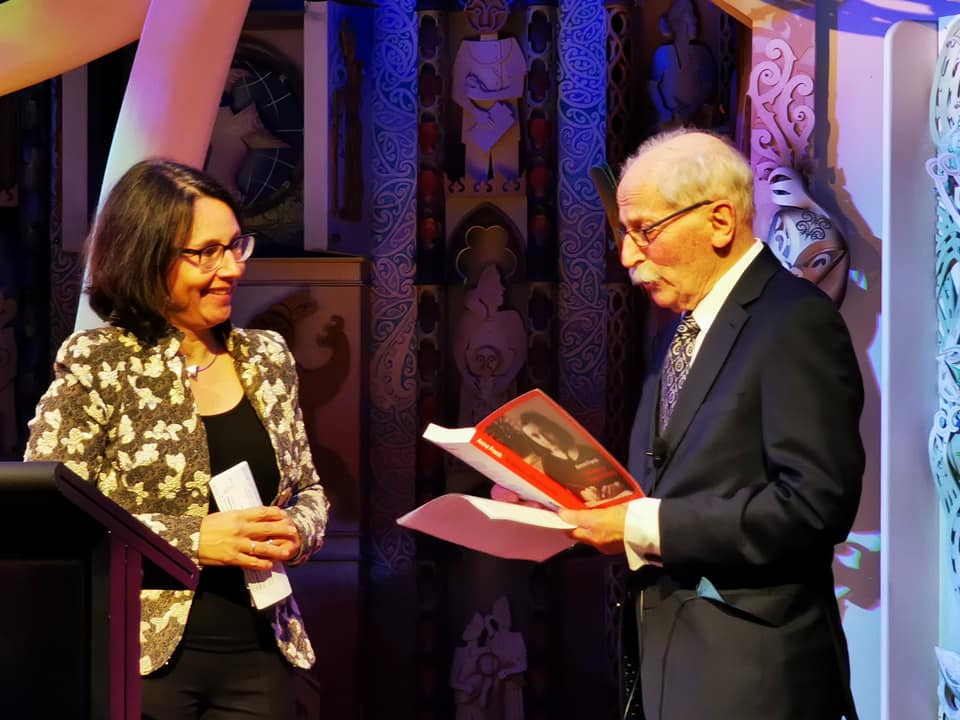 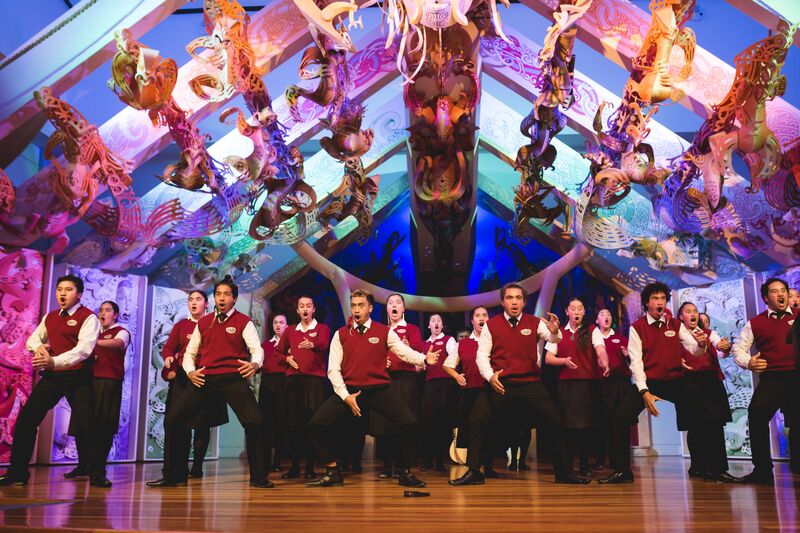 Newshub: 12/6/19 Anne Frank's Diary of a Young Girl has been translated into Te Reo Maori

NZ Herald: 11/6/19 Anne Frank's Diary of a Young Girl to be launched in te reo Māori

Stuff/DomPost: 13/6/19 Wellington remembers Anne Frank - and the years she could have lived

Online Listener - NOTED: 11/6/19 Why it's significant Anne Frank's diary has been translated into Te Reo Māori

Created by Anne Frank House (Amsterdam), this exhibition connects Anne Frank's life story and the events of World War ll and the Holocaust, with the present in a personal and palpable manner.
Having a contemporary section, this exhibition explores antisemitism, discrimination and prejudice during the 1930s and 40s with discrimination today, through the use of personal experiences told by a cross section of young people.
The exhibition is in the format of large photos and text, and also  has several objects on display, among them a replica of the diary of Anne Frank, a yellow star, and a scale model of the hiding place.