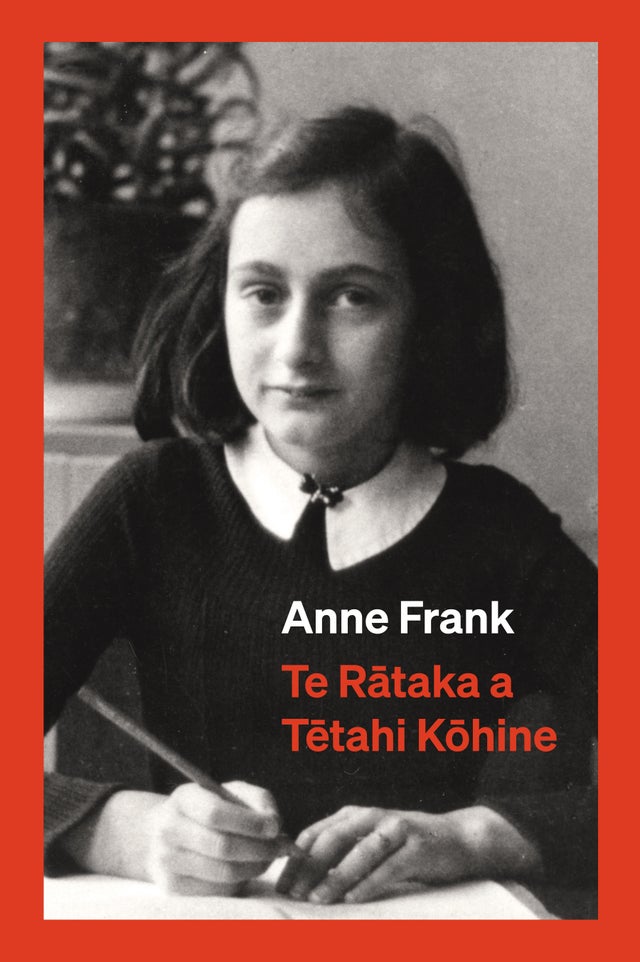 ​(The Diary of a Young Girl, in te reo Māori), by Anne Frank, translated by Te Haumihiata Mason, 2019

The world-famous Diary of a Young Girl was written by a German Jewish teenager hiding from the Nazis in Amsterdam during WWII.

Since its publication in 1947, it has been a beloved and deeply admired monument to the indestructible nature of the human spirit, More than 30 million copies have been sold and it has been translated into over 70 languages, now including into te reo Māori.

Anne Frank and her family, along with four other Jews, hid in the back of her fathers Amsterdam office building for two years. This is Anne’s record of that time. She was thirteen when the family went into the “Secret Annex." Tragically they were all found in August 1944 and transported to concentration and extermination camps, from which only Anne's father Otto was to survive.

This iconic book of a young girl's diary chronicling her family’s struggle to survive Nazi occupied Europe continues to be as relevant as ever to new generations of readers.